The ruins at the heart of coal 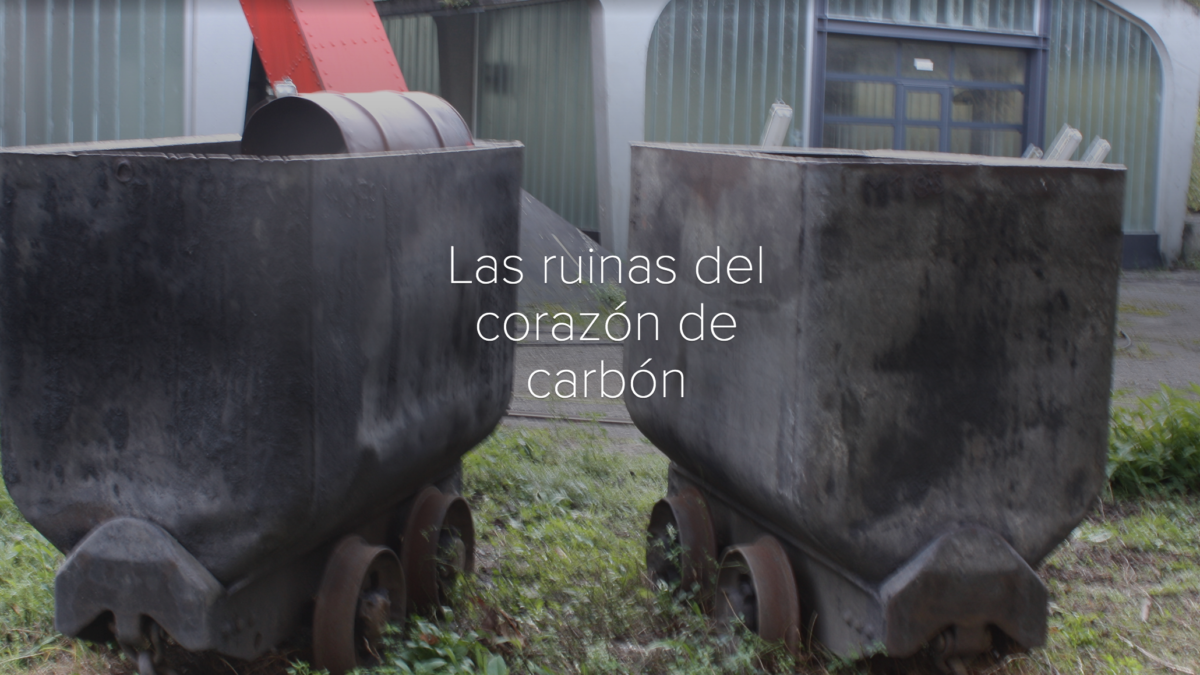 Soot-covered faces, legs trembling in anticipation of the rock face ahead, arms lifting comrades and bringing them out into the sunlight, and straight to the coffin. Many years of hard labour have given name to an entire community: Asturias. And its time has come to an end. On 31st December, 2018, mining draws to a close, together with thousands of jobs, memories, dreams and lives of innumerable people who worked themselves to the bone at renowned pits such as María Luisa, Nicolasa and Santa Bárbara.

Though not all are bitter farewells. Spain is redirecting its dependence on the coal industry in favour of more environmentally sustainable policies. TR@NSENER, a transnational network to develop an energy partnership model for south-western Europe, is a project co-financed by the European Commission, in conjunction with France and Portugal. The objectives of the project are clear: to foster the replacement of fossil fuels with more environmentally friendly alternatives, to promote innovation and innovative potential and to bolster companies and all projects that contribute to this energy transition. The total project investment is some EUR 1 810, 000, added to which is support from the EU's European Regional Development Fund to the tune of EUR 1 356 000 for rollout from 2014 to 2020.

In Asturias, the private company Hunosa has initiated the mining energy transition through the recycling of geothermal energy generated via water from Barredo Shaft (Pozo Barredo), in Mieres. This geothermic network has received EUR 1.4 million from the European Regional Development Fund (ERDF) and is already in use at Álvarez Buylla Hospital and in scientific-technological campus facilities that accommodate the Mieres Polytechnic School (Escuela Politécnica de Mieres). The energy company Elecnor intends to use energy from the shaft to power 248 homes in La Mayacina, the urban centre of the Asturian city, as well as the Bernaldo de Quirós Institute of Secondary Education (Instituto de Educación Secundaria Bernaldo de Quirós).

Through the streets of cities located near the Asturian pits, the memories of many years working underground can still be breathed in. This collection of photographs navigates some of those pits, their conditions, their past and their present. The shafts, headframes and mines' surroundings will be the ruins that remain when the heartbeat of the Asturian coal industry is extinguished, as well as those who tell the story of the communities that existed thanks to this profession.

It provided work for as many as 850 people in the Llamas community. Inaugurated in 1941, it remained open until 1977, when it was taken over by Hunosa. It was the first vertical headframe in the area and, later on, its twin was constructed. Nowadays, only the infrastructure of the first one is left, and other constructions, such as the machinery room and the ventilation shaft, are completely abandoned.

Opened in 1959, it boasted up to six underground floors and was one of the best mechanised shafts. Most of its workers were not Turón residents; for example, 30% came from Gijón. It closed its doors in 1993 and became the headquarters of the Comarcas Miners Foundation (Fundación Comarcas Mineras, 'FUCOMI').

The first mine shaft in Asturias to be listed, in 2008, as an Asset of Cultural Interest (Bien de Interés Cultural, 'BIC'), being placed in the highest tier of environmental protection. Both headframes have been restored, and it is possible to take a guided tour of the remains of the shaft. It was in operation from 1913 to 1995.

One of the most emblematic. Activity was started here in 1902 by the company Minas de Figaredo, the first to mine coal in the area and the last to close the pit in 2007, by which time it was in the hands of Hunosa. In 1977, in the midst of a series of miner strikes, four miners kidnapped José Maria Figaredo, the technical engineer, holding him at the top of the headframe for ten hours.

Operations at the Mariana Mine started at this pit in 1947 and came to an end in 1995. The university campus was built at the site where the wooden shaft structure (grey building) once stood. This year, a project co-financed by the European Union was launched to use water from the mine at the Barredo Headframe as geothermal energy for various buildings in the city.

Operations started at this shaft in 1927 and were brought to an end by Hunosa in 1967. It has been restored, and these days the lamp room building is used as an Interpretation Centre that shares information about mining activity in the Turón area.

This is one of three shafts to remain open until the final shutdown of Asturian mining. Its operations started in 1860, and it is the last active shaft in the municipality. It is well known for the accident of 31st August, 1995 in which 14 miners were killed by a firedamp explosion, an event that led to mine safety protocols being revised.

This is the last house in the Llamas community. Previously, the livelihoods of some 850 people relied on the pit of the same name, and now, according to the latest census, 20 people remain and reside on this property.

Inscription of 2012, located beside the Nicolasa shaft. This relates to the spring of 1962 when the miners at this pit began a peaceful strike, later joined by workers from other mines in the community, to demand improvements to economic and labour conditions.

-Machinery used in a mine. Nicolasa Shaft (Pozo Nicolasa), Ablaña

General photography depicting various machinery tools used in the Nicolasa shaft, including a wagon for hauling the coal.

At a height of 50 cm and with a diameter at the top of 2.10 cm, this belongs to the Barredo shaft mineworks.

Front part of the locomotive that once pulled the coal-laden wagons along the rails of the mine. Several models like this one, all accompanied by written explanations, are scattered around the area. It isn’t the case here, but some are locked behind bars to protect against potential vandalism.

-Entrance of a former mine. Valle de Turón

Former mine entrance with its rail system. Situated between the Santa Bárbara headframe and Espinos shaft, this forms part of a local tour, aided by information boards, that serves to illustrate the operations of Asturian mining to passersby.

Photograph of the Santa Bárbara headframe. Taking this infrastructure alone, the pit's main headframe, you can see its refurbishment which resembles a new coat of paint.

In the 1980s, this town, one of the most explosive during the strikes of the workers movement, was split into men and women to retaliate against riot police (most of whom came from Valladolid): they attacked from the street, throwing, among other things, boiling water from windows of the buildings looking to the right, built in the 1940s.