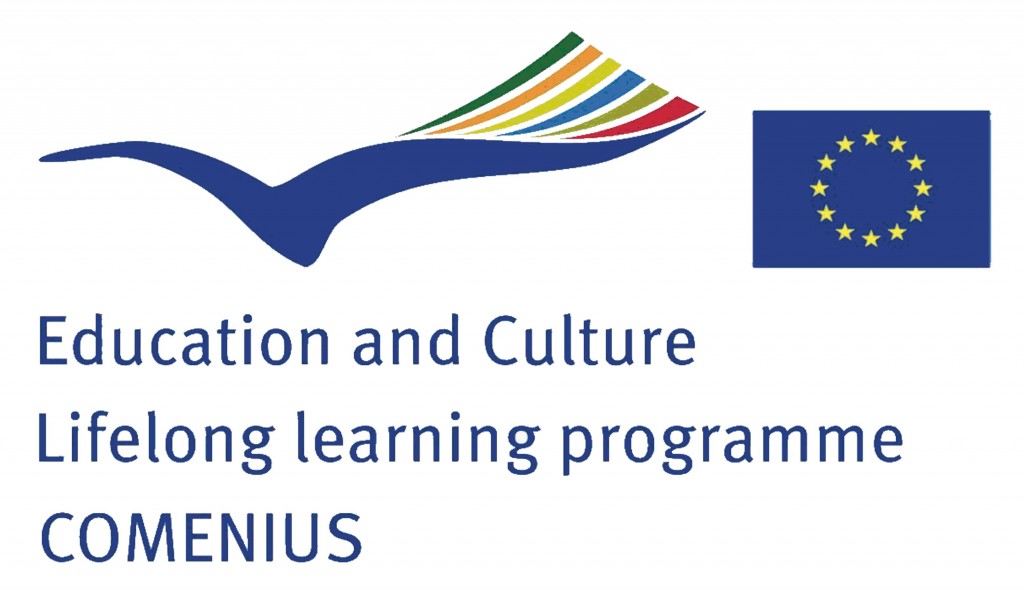 We are continuing our journey into experiences of travel projects in the education sector with an interview with teacher Paola Arduini, who took part in the Comenius programme and is going to share her experiences.

For those who don’t know it, the Comenius project is a European sectoral programme forming part of the Lifelong Learning Programme, together with the Leonardo da Vinci programme, the Erasmus project and the Grundtvig programme.

The Comenius actions arise from the support programme whose objective is to ensure school development and training, to help young people and teaching staff to better understand European cultures, the various languages and values via travel and exchanges of pupils and teaching staff, and to involve them in joint educational activities.

You told me you took part in a Comenius project. How many and which organisations took part, and which countries did they come from?

I took part in six Comenius projects. I first started collaborating on European projects as part of the Socrates programme in 2000, with multiple schools from many European countries, and on all of the projects – in fact, maybe it would be faster to name the European countries we did not collaborate with!
As part of Comenius, when I worked at the Iqbal Masih school in Rome, now part of the Simonetta Salacone Comprehensive Institute, I coordinated three significant projects.

The first, called Links, was born from an extension of the eTwinning project, the electronic twinning programme that at the time, in 2007, was taking its first steps. The electronic twinning project was opened with the Malcolm Primary school in London.
In 2008, the partnership was extended to other countries to also become the Comenius project, Links. The partners were primary schools: one Slovenian, one Belgian, one British (in London).  After two years of exchanges, shared work via the eTwinning platform, but also using letters sent by post and videoconferences, we organised trips for two classes: one fourth-year class took part in a school camp in Kraniska Gora in Slovenia, together with the Slovenian and Belgian partners. A fifth-year class (where I taught) made a visit to their friends in London. The twinning was enriched this way, making it an unforgettable experience.

For those who would like to learn more, here is the story of the visit to London from the point of view of the teacher:http://issuu.com/icferraironi/docs/il_coraggio_delle_maestre

The lead partner school was the Iqbal Masih primary school in Rome. The funding was €20,000 for two academic years, essentially covering the travel costs of the teachers, the project meetings, and co-financing the travel costs of the pupils, the percentage of which varied according to the economic means of the families. Around 8 teachers and 45 pupils were involved in the trip. Involvement in the other activities and in the organisation of the meetings held at the school was much wider.

The project, Comenius and eTwinning together, combined the collaboration and involvement of pupils of eTwinning with the travel emphasis promoted by Comenius.
Themes:  Active citizenship and cultural awareness starting from the urban environment, which characterises the daily life of 80% of the European population.
The results obtained at the Iqbal Masih school and in the partnership were excellent. The work was recognised at both an Italian and European level, with numerous prizes.

The human and educational experience was unparalleled for all partners; even after so many years, when you meet any person who took part in the project, simply saying Urban Kids Tribes causes their eyes to light up.
Link to the digital platform in English

The Comenius funding of €20,000 was managed very carefully: we booked travel and accommodation directly, avoiding agency fees. For the project meetings between teachers we used low-cost flights and used mutual hospitality between colleagues. The pupils that took part in the travel arrived at the foreign cities with the eyes and minds of true urban explorers, prepared by months of exploration activities.

During the Urban Kids Tribes project, two classes from the Iqbal Masih school in Rome set out: one for Madrid and one for Paris, with a total of 50 pupils. In Paris, with its twin school of some years, the Leonardo da Vinci Italian Institute overseas, the activities were held in Italian, with visits to museums and shared classwork.
During the experience in Madrid, the year five class had to face the challenge of a different language. “After half an hour”, the director of the Ciudad de Zaragoza school told us, “we could not tell them apart: Spanish, Italians, speaking with accents, with hand gestures, in English… We watched them and felt moved”.

The final meeting was in Rome in May 2012, with 61 partners in attendance, including 36 children and this was the project’s grand finale.

The children from Athens, Paris, Izmir, Stockholm and London spent four days at the school, taking part in visits, joint trips and working in classes. On the final day they worked together, putting on workshops in mixed nationality groups to achieve a shared product: one design and then a plastic model of the ideal city: a tower of Babel of emotions, ideas, shared experiences, which left an indelible memory in the minds of these young European citizens.
The involvement of the schools participating in this project was, I would say, total: as well as the travel by all partners to at least one other country, the hospitality of the partners involved the entire educational community. In many cases the children were hosted by families”.

“The City Twinners project was a partnership involving many schools, all at primary level. Born as a continuation of the Urban Kids Tribes project, it was developed fully, expanding themes and opening up new horizons and collaborations.

All the partners (Athens – Greece, Belfast – UK, London – UK, Madrid – Spain, Paris (Italian school) – Italy, Paris (French school) – France, Helsinki – Finland, Rome – Italy) agreed on the importance of travel for pupils and on exchanges between classes of different schools. The classes taking part collaborated via the eTwinning platform for two years and the travel took place during the second year. In total, 80 pupils travelled from the IC school via Ferraironi, Rome; 56 to Paris and 24 to Madrid.

Documents and stories on the pages of the school website

What you think is the impact of a European exchange project on adults and pupils?
What would you advise a teacher who wishes to follow your example and bid for projects like Comenius?

“For me, the impact of a European collaboration project is one that can radically change the approach to education.

For the pupils, it is the opening up of new horizons and prospects for life, especially for those who come from economically or culturally disadvantaged situations. From the Iqbal Masih school, children from Roma families, migrants, and families who have never travelled, even in Italy, set off for the school camps abroad. When they came back they were very different, more mature, and had a glint in their eye and a different outlook on life, even if it was small.

The advice: think about it, assess the resources, don’t think about what can be done alone. Build a team, involve families and stakeholders, include the school’s headteacher, plan to carry out a lot of work, to put in a lot of effort, but also to have an experience that can give a feeling of authenticity to the most beautiful profession in the world”.

“To organise a school camp abroad, according to our pupils, you need to start at least one year before the trip.

You have to analyse the situation, prepare the plans, discuss it with the families. In our case, we stayed at hostels or budget hotels that were identified and assessed by colleagues at the partner schools. We did not use travel agencies, but instead we did everything by ourselves, as teachers and parents. We were thus able to keep the costs down for the families and the Comenius budget was used to give each family a specific amount, to pay for the teachers’ out-of-pocket costs, and to cover the costs for those parents facing financial difficulties.

The fundamental step, however, was the agreement with the host partner school because the travel part of the project was not the travelling itself or the accommodation, but a crucial milestone on a voyage of knowledge, an exchange of web activities that you then achieve actually using knowledge, and by collaborating and working together in the field.

Travel is the moment where, after having worked together remotely on building common projects, having exchanged letters, photos and drawing, after having met by videoconference for one or two years, the children finally see each other for real. They spend three, four, five days together, in class at the same desks, they make friends, they eat together, they overcome language barriers, they play, go to the museum, learn new things about other people’s cities. The work is very carefully shared with colleagues from the partner schools. Together, we organise all the activities, in and out of school, from the first point of arrival to leaving. We found that with children it is fundamental to have organised and anticipated every moment, and even the unforeseeable events, but also that for them (and for the teachers), the true value of the travel was in those hours spent together in their classrooms, working at the same desks. Children from Rome, Paris, Madrid, London, all shared workshops, visits and discoveries in the city with friends, enjoying a globalism that only the physical experience can give. The emotional, psychological and social aspects had an inevitably strong and unforgettable impact on both teachers and children. They form the key point of the project and a precious experience that the pupils will be able to add to their educational portfolio, and their experience of life”.

Lastly, if you want a manual to organise exchange and travel projects, again starting from the eTwinning, this is a collaborative e-book (article on mobility from page 28): https://ita.calameo.com/read/001252744e6d46fa17510

In thanking Paola for her help, for the wealth of knowledge and advice that I think will be very useful for teachers who wish to try and let their pupils experience a travel and European exchange experience, we can conclude that these educational travel programmes have a major intrinsic value. If it’s true that we are all European, is it not also true that it is very important to know each other better, to meet, to talk? Why is it only by meeting and expanding our perspectives, that we can learn and grasp not only the differences, but also the similarities and perhaps learn something new about each other, don’t you think?