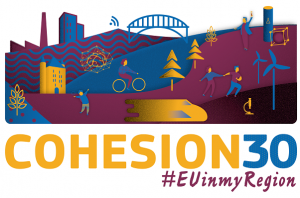 A few days ago, the Mayor of Modena Giancarlo Muzzarelli communicated via social networks, the results obtained by the Municipality of Modena through the use of European structural funds.

He made it known that the Municipality of Modena obtained funding for almost EUR 9.5 million for the fulfilment of its ten projects, which can be added to the other six and a half million for the other 115 projects managed directly by the European commission for a total in excess of EUR 16 million.

The projects which received funding related to:

As regards the former AMCM, funding was provided to redevelop the former AEM building to transform it into an Open Laboratory for culture, theatre and creativity, management and promotion. The funds were obtained as part of Axis 6 (dedicated to requalification of cultural and environmental assets) by granting EUR 3 million. This was the project with which the Municipality of Modena participated in the Io investo qui [I Invest Here] project aimed at businesses, professionals, research centres, local authorities who have received funding under POR FESR [Regional Operating Programme – European Regional Development Fund (ERDF)] 2014-2020, to report on the projects and the material results achieved for the territory and the community.

In addition, the first section of the project for the functional redevelopment of the former ENEL building was financed as part of Axis 5. The building will become the new Teatro delle Passioni [Theatre of the Passions], with a grant of EUR 2,850,000, as well as the energy redevelopment of the former ENEL building as part of Axis 4 (amount of grant: EUR 178,000).

Axis 2, which relates to the construction of the fibre-optic infrastructure to enable ultra-fast broadband, has financed the roll-out of this high-speed internet in four manufacturing and industrial areas that cannot currently benefit from it: Fiera, Modena North, Pip 10 and San Damaso. In the last of those areas, the municipality of Modena was not financed as work is currently being carried out by Lepida SpA.

As part of PON Inclusione [Inclusion National Operating Programme], a fund of European aid for the most deprived, funds were provided for the Inside project. This allowed the Municipality to provide aid and accommodation for those who are homeless or without a fixed abode (amount of grant: EUR 397,000). Again as part of Axis 4, but for sustainable mobility, the construction of various cycle paths in the city was funded via an overall grant of EUR 768,000.

The Mayor also announced the application in recent weeks under the latest Axis 4 ERDF NOP (Regional Operating Programme – European Regional Development Fund) (energy upgrading and redevelopment of public buildings) for additional energy upgrade work: schools in Rodari, schools in Lanfranco, Palamolza, and Vignolese retirement home. The assessment of these applications is still in progress and we hope that there will be a positive outcome.

For those who do not have much familiarity with the area, a significant number of projects have been financed of which we can and must feel proud as Modanese: for these results, a great deal of credit must go to Antonella Buja and the staff of the European Office of the Municipality of Modena.

European structural funds and future Cohesion Policies were also discussed on 4 June in the setting of the former Central AEM, converted thanks to funding from POR-FESR (Regional Operating Programme – European Regional Development Fund) 2014-2020 to become Open Lab for culture, theatre and creativity, during the conference, organised by AICCRE [Italian association of the Council of European Municipalities and Regions], the Region of Emilia-Romagna and the Municipality of Modena.

The 10th edition of Dialogues on Cohesion Policy was held in Modena; the project was financed by the European Commission to promote and demonstrate how good use of structural funds contributes to the development of territories and improves the quality of life of citizens.

The meeting focused on a reflection on the significance of the Cohesion Policy for the growth and development of territories, on the 30th anniversary of its creation, including by sharing good practices and successful experiences achieved in Emilia Romagna.

There are five strategic objectives of the European Commission for scheduling resources to be assigned to investments between 2021 and 2027 that the Mayor of Modena, Gian Carlo Muzzarelli, summarised when opening the “Cohesion30 symposium. Dialogue on Cohesion Policies, new perspectives, challenges for territories":