A Hope For A Better Place 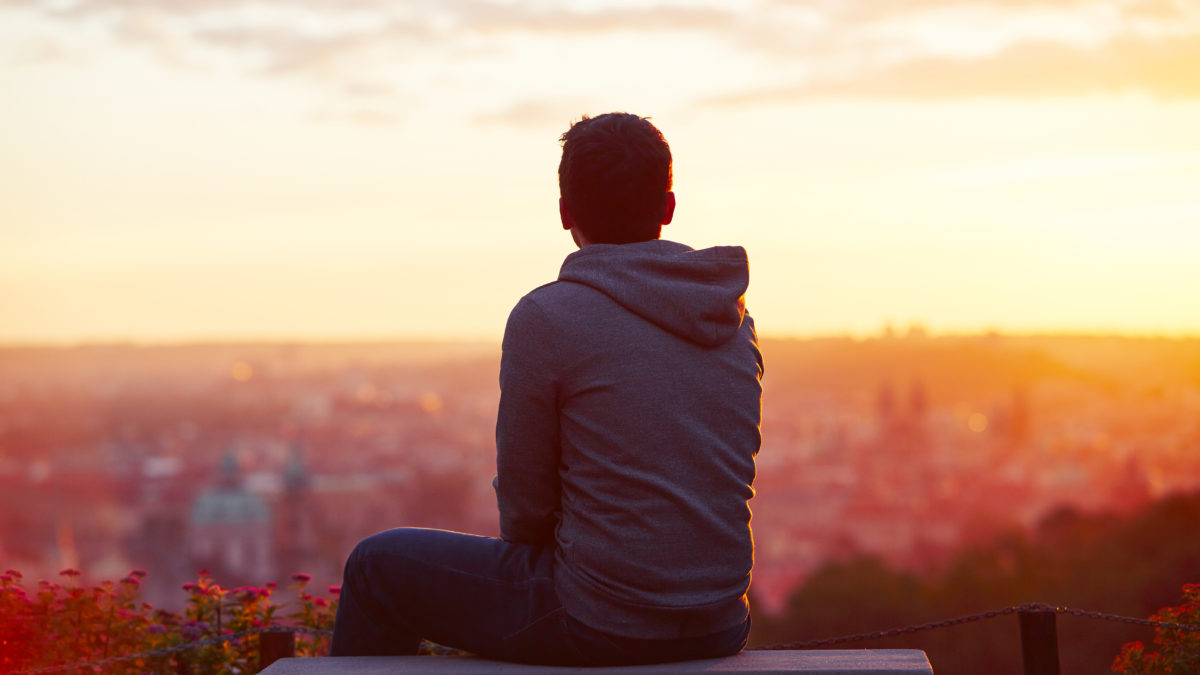 I'm an Italian guy. One of the many young people in the world who believes in the potential of travel as personal growth and community well-being. Today, I know with certainty that it is the journey that allows you to broaden your mental horizons, but it was not easy to come to this conclusion, obvious for many but not for me. I live in a rather poor city in Southern Italy, in Sicily, where life is not easy for anyone and where the social isolation of the younger generations is a widespread and worrying social problem. In this environment it is extremely difficult not only to build a personal career but also to create social bonds between people. And so, travelling becomes, little by little, an awareness that a person with a good mind understands by himself. But that's not enough. People don't always understand you and don't always believe in what you do, sometimes even in your own family; with my father, for example, I've always had deep contrasts and a difficult relationship because of many factors, often resulting in violent arguments and threats. He doesn't always agree to help me with my projects and considers study and travel a waste of time. I understand it and I do not understand it at the same time: it is a difficult world for those of his generation, but why should we be the youngest to pay for the fears of others?

One day I decided I had enough; I had enough of not having anyone to support me or of having friends who didn't understand the importance of opening up to the world and getting out of their comfort zone. So I decided to do it by myself, trying with all possible means to find opportunities and show how wrong they were in my local reality. However, for a Sicilian living in a rather poor part of Italy, who often feels abandoned by the State, it is very difficult to have access to European funding. It is not easy to have good, far-sighted, progressive ideas, projected towards the future in a traditionally conservative land. My questions were often ignored and neglected. So I decided to try another path and do it alone, as far as I could. And little by little I got the first results; the first projects realized in artistic field; my first important experiences for my professional career; and in the and my first international friendships. And I decided not to stop, I wanted to continue. Travel and Creation has become a vital aspect of my life, of my future, but more importantly, the fundamental glue to build new human relationships and strengthen the old ones. Yes, because even my friends in my city started to look at me with more curiosity, listening to my stories, my experiences and asking me how to do them too to satisfy that growing desire to leave.

In a special way I told them about different experiences that have characterized my life. The first and most important was my trip to London when I was only nineteen. It was the experience that changed my way of living, acting and thinking forever, that marked a boundary between the me of the past and the me that I am today; an intoxicating experience so full of emotion that still haunts me today as a wonderful nightmare that has never left. The second happened just this year, at a Summer Camp near Paris, where for the first time in a long time I was able to create with the boys and girls present an enthusiasm, a synergy, an alchemy that bewitched us all like a magic spell; and having to leave us, was a great suffering for all, although with the solemn promise to meet again one day.

And that's why I'm here, now, to tell my experiences. Today I try to implement my own personal initiatives especially in favour of the environment and climate change, where unfortunately the collective consciousness within my local community is literally zero. It is extremely difficult for me to obtain funding today, not only because of the cultural backwardness of those who manage the funds in Sicily, but also because I find myself doing everything on my own, with few people willing to help me, given that, as I said, the social isolation and lack of willingness of young people to help me, connected with the general distrust of European institutions that struggle to reach the rural reality, forces people like me, full of will and determination, to grow very slowly. And alone. And no institution accepts to grant funds to a single person, even if they have good (and misunderstood) intentions.

I think of them, of my friends, old and new. I would like to help especially those who have never had the possibility to make something new to create relationships with each other. Europe is not only a continent for me, but the key, the answer that can allow people to get out of social isolation and leave their fears at home. It is the present and the future of our generation, as much as they can go against all those who don't think as we do. It can convey an enthusiasm and a second chance to live life, a spiritual renaissance, a resurrection of the soul. So, it’s hard in my actual condition.

My friends deserve to experience what I have experienced, to have this chance to get out of their condition and to create a network of best friendships based on sharing experiences and trips that can improve their lives. And even though it's hard for me to help them right now.. I believe that all young people, children of rich and poor, should have the same rights to study, to travel and equal possibilities in facing life and being able to change it; I believe in the community, in its strength, and that everyone can build solid friendships transparently; I believe in the freedom to travel, that is, to grow and explore; I believe that there should be no abuse, blackmail or impediment by family or friends; I believe that adventure should always overcome fear; and finally I believe that we should not give up change for fear of judgment. I don't like those who have a heart and a beautiful head and use them badly. But above all, I love making promises to those who have potential and helping them to growing up. In every sense.