When the Bulgarian border was a “killing zone” 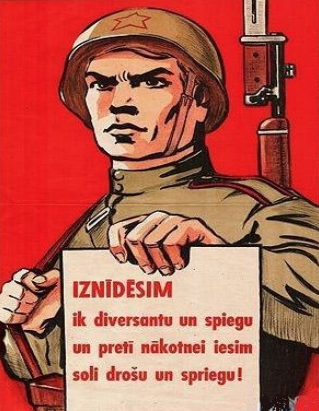 The myth that Bulgarian borders were a safer escape route than the internal German border between the GDR and FRG led to thousands of lives being torn apart, and the deaths of at least 130 people – not only among the fugitives, but also border guards in Bulgaria's "killing zone". This was the distance between the electrified wire signal fences and the border furrow, with its strategically placed "towers" along the southern and western borders of the People's Republic of Bulgaria. The summer of 1977 and 1982 were the most tragic periods for people fleeing the DDR. During this period, many of them were arrested, injured and some were even killed. The State Security Service (DS) and the Border Troops tried unconventional tactics to deal with the "East Germans". For example, they removed signposts indicating the names of villages and other geographic features along the border with the aim of confusing fugitives who might have studied the map of Bulgaria and read tourist guides. Hundreds of signs were posted in German warning of the consequences for those who violated the border zones. One of the many warning signs ..

STASI inspectors carried out annual checks of the Bulgarian border facilities to make sure they were in place and reliable. Nevertheless, neither the warnings nor the "shoot-to-kill" policy could prevent determined Germans from fleeing the DDR. According to a study published by the German Conrad Adenauer Foundation, between August 1961 and November 1989, there were between 3,000 and 4,000 escape attempts! The fugitives were predominantly young people between the ages of 20 and 30 from major cities such as East Berlin, Leipzig and Dresden. Only about 10% of escapees had forged passports. Most escape attempts were made across Bulgaria's border with Greece. Only about 7% of East Germans managed to flee across the border of Bulgaria, all the others were either arrested or killed on the spot.

MY STORY…. My little story has a tragic background. The facts and comic situations described above had an almost dramatic ending for some of the people involved.

In my area, events related to the state border (the most expensive facilities in communist Bulgaria!) were always dramatic, cloaked in secrecy, myths and legends. For almost 50 years, this 500-metre-wide border strip was out of bounds for ordinary people.

After 1989, the interest of the local people in the area gradually began to grow. In 1989, following the changes in the East, the zone became accessible, even by motor vehicle. It was during one such outing (sometime in 2006) that I stumbled upon this completely rusted and solitary iron skeleton. The very silhouette of the tower inspired a fear reminiscent of the tragic events of the past. At this time, Bulgaria was not yet a member of the European Union and we did not have access to European funds, programmes, measures, or financial instruments

I visited the area again in 2011. The rusty skeleton was still standing there prominently, just as frightening, silent and solitary. It was like a general without an army, standing tall above the pine forest. "General Vishka" (Tower) –  the idea suddenly occurred to me that this skeleton needed to be preserved. It might even become a tourist attraction.

We had been members of the European Union since 2007. The media, TV and radios were constantly flooding us with information about European funding. We were shown presentations about "good practices" for similar sites in the "older" countries of Europe. I had never imagined that the European "Euro" would reach this long forgotten and abandoned (even by its own founders) bastion of the former Iron Curtain. So I rolled up my sleeves and got down to work to save General Vishka.

In order to do this, I first had to establish whose property it was. So I entered into extensive correspondence with the Border Troops. I rummaged through the archives and talked to former border guards who served on the border furrow. It took me about six months to establish that this "pile of old iron" had been sold for about 100 leva (the price of four crates of beer!) to a logger from a local village.

It was easy to get in touch with the official, if I can call him that, owner of the tower.  After about two months spent in negotiations and sitting down over dinner, he eventually showed me the coveted piece of paper – the invoice for the purchase of the "pile of old iron". After another night in the village pub, I almost managed to win him over on the idea of restoring the facility (the fatted pig – as the logger called it) with the help of European funds.

As a result of the sudden, unexpected change of heart of the owner and his mood (enhanced by the consumption of home-made brandy and wine – something very typical and traditional of the Bulgarian village), I started going to the village of Buynovo almost every Saturday and Sunday to persuade the owner of the fatted pig not to cut it up for scrap.

After a brief period of calm, somewhere between a couple of days to a week (while I was busily preparing the technical documentation for the project proposal), the owner was overcome with a new wave of energy to cut up the scrap iron. It took me a long time to convince him on the telephone that if he cut it up for scrap, he would get about 300 levs for the iron. He had already paid 100 levs to buy it and then another 50 levs for transport, but the local people, the people from his village, would forever lose this facility, this reminder of bygone times. This "pile of old iron" could give him and other locals like him a new opportunity.

I had to do perform a complete psychological profile of the owner. I quickly learned his habits, including his bad ones. I had to change my tactics for the sake of the cause. The logger in question, who owned the facility, had an all-terrain vehicle that could be adapted to drive tourists from the village to the facility.

One night I showed up at the village (of course at the restaurant...) with two signboards showing the logger's jeep (I'd taken a photo), his phone number and the following inscription: "Tourist guide to the Tower" and a design of what the future (restored) tower would look like. I'd also made some certificates that we could present to the tourists. That was the turning point! That was the moment when I convinced him forever to the cause of rescuing General Vishka, and not only him but his whole family. I had suddenly found unexpected support in my endeavours.

The owner willingly gave up his "pile of old iron" for the purposes of the project. He no longer had any doubts about European money and… that there Europe (as he called it). After months of patience, at last came the long-awaited moment when the funding for the tower became a reality. With "Euromoney"... The owner's entire family took an active part in the restoration. They even stuck advertisements on their vehicle advertising tours of the tower, offered certificates and business cards. They stopped referring to it as "scrap", and started calling it the Tower. The owner was no longer the stubborn logger, but an unofficial, newly hatched tour guide, a man with growing authority, a "big potato" (as the Americans might say). This transformation simply made me happy. He even risked his own safety by using mountain climbing ropes to apply anti-corrosion paint onto the rusty, 20m-high skeleton, since the stairs still were not yet ready.

Naturally, the logger abandoned his chainsaws and quickly qualified as a local tour guide. He was aware, however, that this professional transformation had been made possible thanks to the Euromoney that had arrived in his village… In a short period of time, the new Tourist Attraction of the Tower gained celebrity, along with it its former owner. He would stroll proudly through the village with the keys to his tour vehicle and the facility. I no longer had any late night phone calls... and insults about the subject of the "pile of old iron". The former logger had become the first tour guide in this border village.

And how did the story with the tour guide and the Tower end? After his son grew up, he took over as the tour guide. Their family budget continued to enjoy income from the new attraction. Our hero went back to his previous profession as a logger. Until one fateful day...

One day, a chance accident struck. Literally just a few metres beyond the tower, he was hit by a tree trunk that left him confined for a long time to a wheelchair. He had to undergo a series of life-saving operations followed by years of pain and suffering. And what about General Tower? Not only was he saved, he was even awarded a Certificate for an innovative project. At this very moment he stands proudly on Kartala Mountain, although his former owner, who for so many years had threatened to turn him into scrap, is sadly powerless and no longer capable of working as a tour guide. But at least he no longer has the intention of cutting the iron up for scrap.

This is my little story. It is a story interwoven with dramatic historical facts, but also the opportunities that European funding has given us to develop our area, and preserve a solid part the "Iron Curtain" to serve as a mute witness to those tragic days. It is a story of comic situations, describing how destructive human selfishness can be transformed into creativity, hope, joy and a dream. The irony is that this facility was built to "protect" us from the Old "hostile" Europe, and to be the first line of defence. However, at the hardest moment in the life of this "pile of old iron", this very Europe extended a friendly hand (in the form of Eurofinancing) to save it, resurrecting it for a new, and this time humane, mission. There is a sad irony.

We were able to revive the pile of old iron and save it from the scrap heap, while an unfortunate accident condemned a healthy, young and vivacious man into a less than vivacious body. The logger and the Tower were at times daggers drawn, but then became friends, supporting each other, relying on each other. Perhaps they are already missing one another. Like the countries of Europe in the 20th and 21st centuries. I should also mention my humble contribution. All the information and technical documentation I collected and prepared during this period, I handed over to the local municipality to make sure things happened. And they did!

And now a visit to the tower is a part of the obligatory "menu" in the tourist programmes in the area. A trek through the fascinating educational trail traversing the border territory of the village of Buynovo is a real challenge. The rugged mountain terrain is well marked and accessible to tourists, allowing them some insight into the border zone and historical remains of the Iron Curtain. The tower is a typical example of the transformation of once terrifying facilities into tourist attractions, thanks to European funds. For many years, the area was inaccessible and thus the natural landscape has been preserved. This, combined with the "relics" of the Iron Curtain, makes the trail even more fascinating. Thanks to European funding for the same project, a small section of the border fence has been restored to its authentic form. The area between the electrified fence and the border furrow was once called the "killing zone".