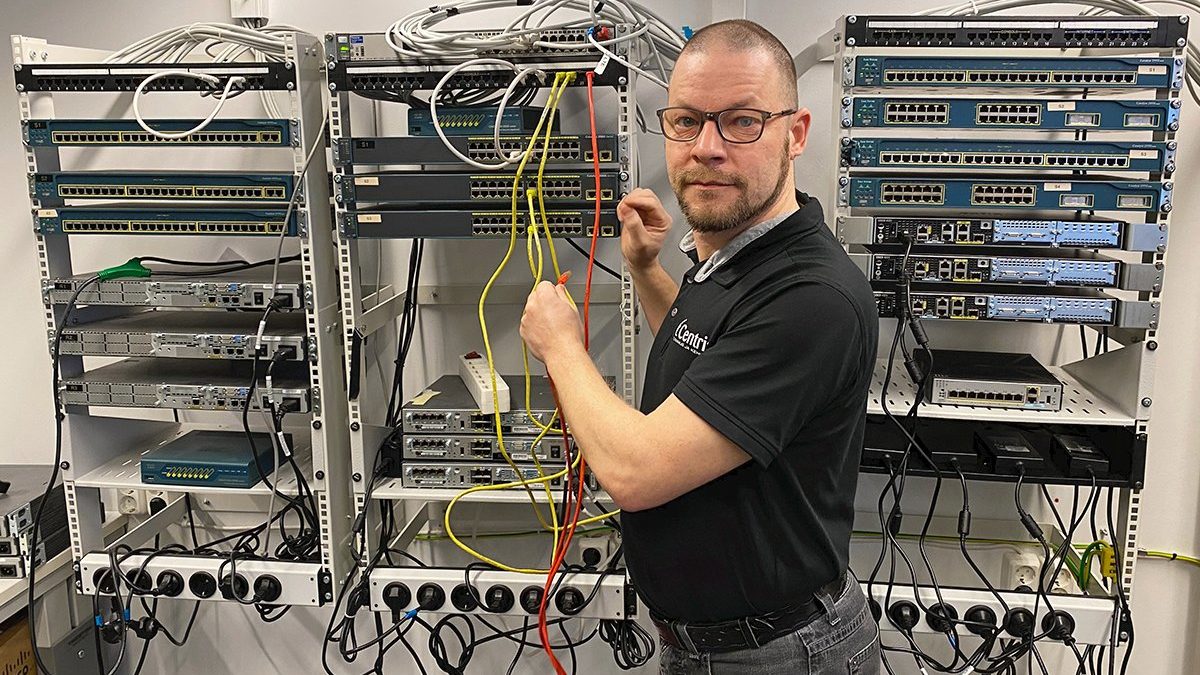 Projects undertaken in association with universities stimulate business activity and enable skills to be developed. Centria University of Applied Sciences is devising data-security tools within a unique laboratory environment in Pietarsaari.

The SecuBot data-security project currently underway at Centria University of Applied Sciences has spawned partnerships with companies in Ostrobothnia. Snellmanin Lihanjalostus Oy [Snellman Meat Processors Ltd] is one of them.

John Aspnäs (Snellman’s head of IT) says that ’the food sector is a demanding one that requires effective technologies. The processes of ordering, producing and selling are all dependent on effective data technology. Every single day we handle many thousands of orders, all of which have to be processed automatically. (Nobody could deal with so many orders by hand.) If products are to remain in good condition, the procedure for dispatching them needs to be straightforward and seamless.’

The head of IT is responsible not only for solving problems but also for chairing meetings and steering projects. Company operations require constant development. New operating centres and clients must be incorporated effortlessly into the same order system.

’When Centria got in touch, we responded immediately. Just at that time, data security was a hot topic and it was a good period in which to be receiving research assistance from the university. They helped us with the data-security scanning of computer hardware and software; amongst other things, data-security testers found weaknesses in old software that had not been updated. Software was inspected and tested as part of the project; we made the recommended modifications and took the opportunity to carry out updates.’

Projects are always based on companies’ needs.

’Centria’s SecuBot data-security pilot scheme is a good example of a project based on companies’ needs’, says Johanna Leppänen (a Senior Planning Officer with the Ostrobothnia Regional Council).

’SMEs that acquire new technology without understanding how best to apply it will not necessarily be able to solve their problems. Universities definitely have an important role to play in this kind of development work; one of their strengths is their ability to undertake such work impartially.’

In connection with the data-security project, a unique laboratory environment has emerged and has yielded tangible results for the companies involved. Furthermore, the university has boosted its own skills. After the project has come to an end, the laboratory will remain in operation by offering – amongst other things – cyber-security skills to local companies.

Ms Leppänen explains that ’the most successful projects bring added value to companies (both large and small/medium-sized) operating in many different fields. Large companies often have their own resources for doing development work, yet the added value of projects actually comes from networking. When the entire value chain lies in development work, many parties benefit. The best thing would of course be if companies could make use of the skills that they acquired in the course of a project by generating new business activity and encouraging innovation.’

John Aspnäs agrees with Ms Leppänen: he considers that the SecuBot project has also been beneficial in giving rise to an excellent cooperation network. Knowing what other people are doing is important. Thanks to the network (within which Mr Aspnäs is still active) the right information is received at the right time.

The SecuBot project’s leader – the lecturer Joni Jämsä – points out that Centria’s task is not just university teaching but also research, innovation and regional development.

As he says, ‘We deal every day with companies’ problems and try to solve them.’